The universe can be seen as a single, if multiform, energy event, just as a particle such as a photon is itself perceived in its historical reality as an energy event. (DE, chapter 4, page 24)

The cosmological narrative is the primary narrative of any people, for this is the story that gives to a people their sense of the universe. It explains how things came to be in the beginning and how they came to be the way they are. It provides the first sense of creativity in a story that is generally recounted at any significant initiation event in the community or in a person. It is a healing story, a power story, a guiding story. All human roles are continuations, further elaborations, expansions, and fulfilments of this story. So any creative deed at the human level is a continuation of the creativity of the universe. (ET, chapter 5, page 59)

There is I propose, an unbroken continuity in the creative process throughout this expanse of the universe development. Both in our physical and in our psychic constitution, we are totally involved in that single vast creative process that reaches across all the distances of space and from the beginning of time to the present…. We are beginning to see ourselves as the universe that produced the human mind and the mind that knows the universe. The universe that human intelligence knows is the only universe that could possibly produce human intelligence. This relationship is amazingly close from the very moment of the emergence of the universe. …..(ET, chapter 5, page 59 -60)

We are now discovering our human presence within the larger context in which we have existence. We are entering a period of greater human identity with the natural world and its generative powers… We see ourselves as participating in these generative processes rather than as fixed and established in a clearly defined mode of being and functioning…. This participation brings with it awesome responsibilities and also demands a clear understanding of the universe with which we are dealing. For the universe functions by violent and destructive processes, as well as by peaceful and creative dynamics. Yet the universe has so far produced an amazing order and harmony and splendour in its total effect. This we observe in the arrangement of the stars in the sky and in a more limited but more comprehensive manner in our solar system. In the earth, particularly, we find the structuring of a magnificent plane, the million fold variety of life – forms, and the emergence of human consciousness. All this is evidence that we participate in a unique fashion. (ET, chapter 5, page 62)

This sense of creativity as the primary ever-present self-manifestation of the universe, alters profoundly our own sense of ourselves and the significance of our own human activity, since we are a dominant power in this entire process. (ET, chapter 5, page 63)

As humans we need to recognize the limitations in our capacity to deal with the comprehensive issues of the earth’s functioning. So, long as we under the illusion that we know best what is good for the earth and for ourselves, then we will continue our present course , with its devastating consequences on the entire earth community.

The earth will solve its own problems, and possibly our own, if we will let the earth function in its own ways. We need only listen to what the earth is telling us . (DE, Chapter 4, page 35) 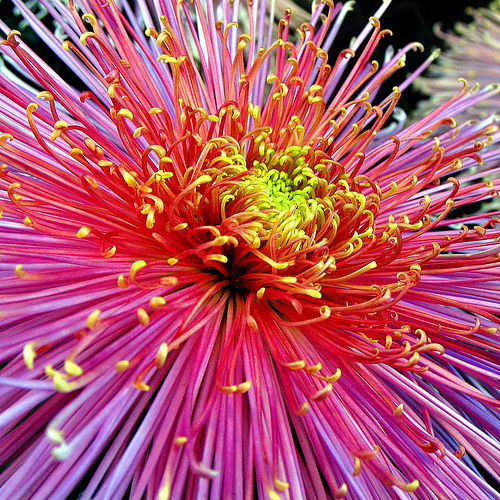