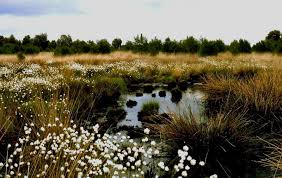 The story of Elly Verrijt

starts in De Peel, an area in the southern part of The Netherlands. I was born in 1944 at the end of World War II. I grew up on a farm and from early on I was initiated in a deep connection with the Earth and the Cosmos.

I studied biology and agriculture/ horticulture science and taught for several years in vocational schools before I entered the Medical Mission Sisters in 1966. I enjoyed the years of teaching and introduced my students to nature and values and skills that have to do with ecological living. 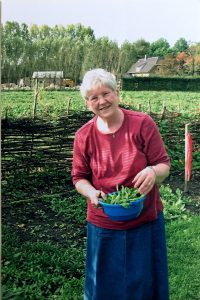 In 1969 I went to Java, Indonesia. I worked in the remote villages in Central Java where I gave health education and worked to improve the nutritional situation. I joined a post graduate training in Public Health Nutrition for S.E Asia, at the “Universitas Indonesia” in Jakarta. Those years were very fruitful, as together with the people we set up small organizations in the villages for health care for the poorest. In 1981 I had to return to The Netherlands as my work permit was not extended. It was a heartbreaking goodbye.

Back in my homecountry I worked a lot with groups and individuals  for personal growth, healing processes and retreats. I became more and more aware of the critical situation of the Earth. From the middle eigthies of last century I looked for ways to respond to the ecological crisis which was becoming more and more urgent.

Coming from the Christian tradition of Spiritual Guidance and Leadership I was very much enriched and professionally trained, when in 1986-1987 I studied at the Institute of Spiritual Leadership at Loyola Universiteit in Chicago, USA. With this broad foundation I continued my mission in healing  and processes of tranformation and change.

In 1992 I found myself in a deep existential crisis because of a Near Death Experience when a plane crashed on the appartment building where we as international MMS formation community in Amsterdam were  living. We all survived this accident and this experience was for me the entrance to a much deeper cosmic consciousness. It was a wake up call; to see from my heart the situation of the Earth and the community of life. My passion for the Earth and her life, still deeply buried in my soul from my earliest years, was once more set a flame.

It brought me to Genesis Farm in 1998, a study-and Earth Literacy center, close to New York in USA.  After returning to the Netherlands I founded De Gaarde, on a small farm in Udenhout (province of North Brabant) It was a learning center for Eco-Spirituality. In those years I had the opportunity to initiate the many visitors, mostly people searching for meaning, in a cosmic vision and an ecological worldview. Those processes were deep and often brought real changes and deep healing. A whole community grew and there we discovered a deep commitment to a more eco-friendly life and deeper eco-spirituality.

My personal experience of Cosmos and Earth brought me back to the mystical path and the wonder of my childhood. It was a homecoming to my deep love for the Earth. I studied and meditated from the heart of the Christian theological tradition and the mystical vision of the medieval mystic Hildegard of Bingen and others.  Also the inspiration of Ancient Earth Traditions of the Indigenous People and the insights of the New Sciences, the history of Cosmos and Evolution. These insights have touched me deeply. 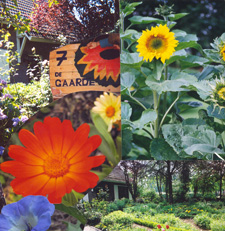 When I was in Genesis Farm a deep desire  became evident. I saw how good it would be if  a small learning center for Eco-spirituality could be realized in The Netherlands.  With the support of my community in The Netherlands in 1999 such a center was realized. I found a farmhouse with a piece of land that was for rent. With a group of volunteers who were available from the beginning we started to clear the land, paint the walls in the house and many brought the necessary  furniture  and what more was needed etc.  On the 30th of September 1999, De Gaarde started.  According to the Biblical Creation Story the first humans had to learn how to take care for  the Garden  entrusted to them, so this garden was also such a place. Here we could learn together how to take care for the Earth and find a vision and a spirituality that was to inspire many people.

Over the years many have come and participated and a large network of like  minded people emerged. From there they spread the good news of how we can help The Earth heal. This process still continues.

Up till now ( 2021) we see the deep changes in our visitors of those ten years  that De Gaarde existed in Udenhout. They do their work for the healing of the Earth in many places. Changes in the world often start small…like on a small farmyard in a village in the South of The Netherlands.

After ten years, in 2009 it was time to hand over De Gaarde to a group of dedicated Earth workers. The experience and inspiration of De Gaarde continues in several places in the world till today. New Eco-Learning centers were started  and I was part of the early beginnings of some. In Villasis, The Philippines in 1999, in Bandung, Indonesia in 2014 and in Uganda, 2019.

I am immensely grateful for the many beautiful learnings, sharings and experiences of my life.
Now I move to a more silent life of meditation, writing and
enjoying my being in love with the Earth.
All is gift and all is for giving away and sharing.

In 1999, with a group of young religious from different Asian countries
in Heal, Ecological Learning Center in Villasis, The Philippines.